After he was sentenced to death on November 17th, 1943, the Nazis made him disappear into Nacht und Nebel. He was liberated by the Russians on April 27th, 1945 from the prison-camp at Wolfenbüttel.

After the war he first worked for the daily de Volkskrant and then, from 1955 to 1969, he was editor-in-chief of the weekly Vrij Nederland. He published extensively about his experiences during the was and also about his travels abroad. 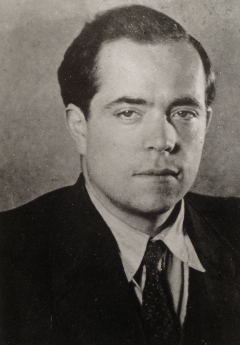